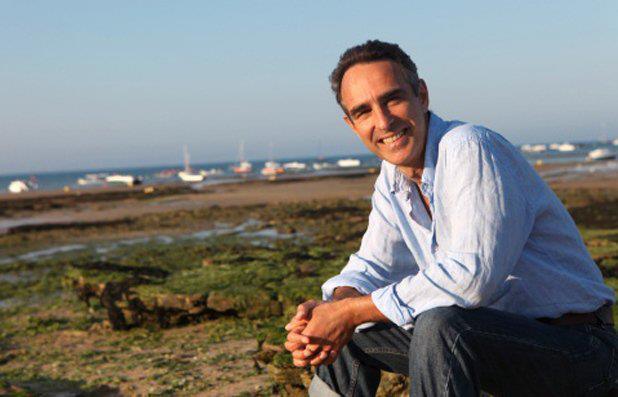 What does it mean to be thirty years old and have a brain tumor that steals away the time you have left? To have a life, a career ahead of you, suddenly shattered in front of the impenetrable wall of such a disease? What if you want to climb over that wall or rather break down it with strong-willed stubbornness and snatch as many days, or perhaps years, as you can from the clutches of the death?

Perhaps you can, if you fight like a soldier, going tirelessly back into war day after day. You might claim back some years, see the flourishing of projects, experience the joys of children and books, and find yourself looking back almost twenty years, twenty years have torn back from bad luck. Twenty years that one day you enclose in a book and that book is your last will and testament and is entitled ‘On peut se dire au revoir plusieurs fois’. And this book is no fiction, no novel, but the real life story of David Servan-Schreiber.

Now everyone can read and discover this beautiful and poignant final testament of his life, as his book has been translated into numerous languages, including English as ‘Not the last goodbye’ and Italian as the recently released ‘Ho vissuto più di un addio’, published by Sperling & Kupfer.

A physician and internationally renowned researcher, David was born in Neuilly-sur-Seine on 21st April 1961. Son of the famous journalist, founder of ‘L’Express’, writer and politician Jean-Jacques Servan-Schreiber, he studied medicine at Necker Hospital in Paris, where, in 1980, he opened a microcomputer laboratory with the first Apple II computers. Then, he continued his medical training in Quebec, first at Laval University and then at McGill University, where he specialized in psychiatry. In 1991, he earned a doctorate in artificial intelligence from Carnegie Mellon University, using neural networks to study the neural mechanisms underlying psychiatric disorders such as depression and schizophrenia.

In 1992, at the age of 31, he discovered that he had a brain tumor, but successfully underwent several treatments, including surgery, radiotherapy, and chemotherapy. Later, he suffered a relapse, from which he recovered in 2000. After working for a long time in the United States, as co-director of the Clinical Cognitive Neuroscience Laboratory of the University of Pittsburgh, he finally returned to France.

In 2010, unfortunately, the disease recurred with a much more aggressive grade IV glioblastoma that led quickly to his death on 24th July 2011 at the age of fifty.

‘Sooner or later it would return, he said. I could delay it, claim back some years, but I knew the prognosis. This relapse prompted me to ask myself the most serious questions, perhaps the most important of my whole life.’

In the perennial human question, of the meaning of life, of death, there is always found to be lurking the essential anguish of living beings, that ultimate question that continually buzzes in our heads like an insect caught under an upside-down glass. Because all life is a continuous asking for meaning, but few prefer to deal with it openly, and today we live so intoxicated by words and false feelings that when we encounter a profound and sincere voice we are disconcerted at first, and then enthralled for good.

Because  David Servan-Schreiber’s books, particularly his previous two books, ‘The Instinct to Heal’ and ‘Anticancer’, in over a million copies, have been translated, read and loved by readers and fans the world over. Because David had the merit of showing himself plainly to others, of never unnecessarily mincing words. He had a very happy writer’s pen did David Servan-Schreiber. He knew how to write, tell a good story, and especially how to transmit not only general and scientific knowledge but also express, with an ever deep and passionately sincere tone, his inner self.

And so this book, which only recently arrived in Italian bookstores, is his last will and testament. But there is nothing sad or hopeless in what he writes, only words of love. A great love for life. There is no defeat nor resignation in what he says, but thought after thought, as if the night had perfidiously fallen in his heart, only to gradually open to let in the light of the stars.

‘To find myself fragile, mortal, suffering, frightened’, confesses David, ‘has opened my eyes to the immeasurable treasure that is life and love. All my priorities have changed, changing the very emotional tone of my existence. I felt, paradoxically, much happier than before.’

Because, faced by the thought of the end, everything inevitably appears in a different light. And, reflection after reflection, David Servan-Schreiber shows us how even the extreme test of death can bring more richness to life. And how everything we do, and everything we give, we will remain forever in the hearts of those we love and who love us.

It is a book that, paradoxically, in talking about the disease and death, transmits a great love for life and happy and passionate hope. The writing is moving and sincere, through which we can practically hear David’s voice saying, with the unshakable confidence typical of his generous and happy disposition, ‘Whatever happens, I have the firm hope that this goodbye will not be the last…”